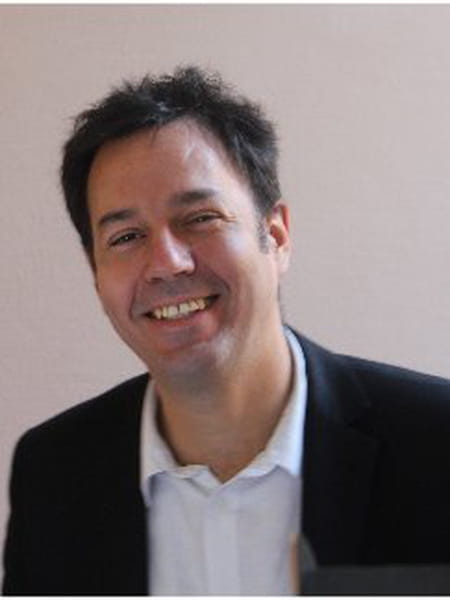 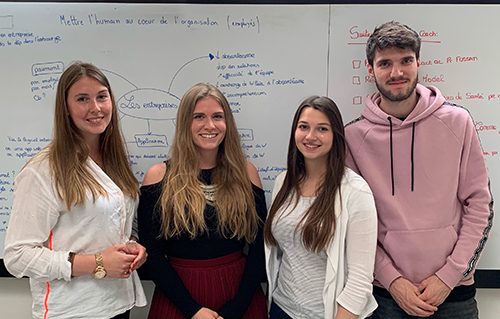 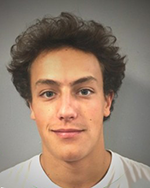 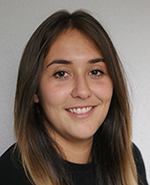 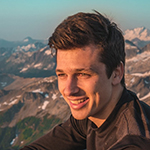 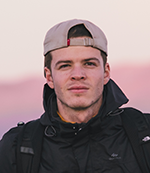 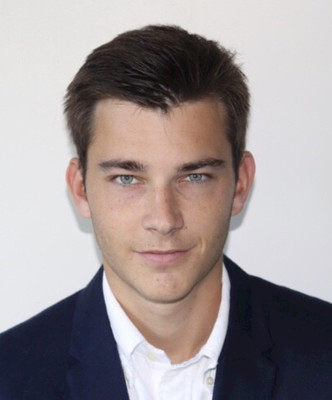 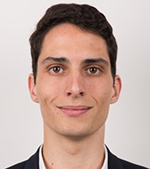 Mob-Energy: the INSA start-up that is going full throttle

The great story of Mob-Energy began in 2013, on the fifth floor of Residence B on the INSA Lyon campus. Salim met Ilyass, then both first-year engineering students. Months passed and the friendship between the two students grew stronger. When Volvo Renault Trucks organised an innovation competition in 2016, they asked themselves: how can we overcome the problems of recharging the ever-increasing number of electric cars?

At that time, Salim El Houat and Ilyass Haddout were in their fourth year of Industrial and Mechanical Engineering and Development. A few months later, the concept was born: a battery robot that automatically connects to the vehicle, eliminating the problem of building fixed recharging points and taking up parking spaces. Called ‘Bolt’, the robot’s design was still evolving, supported by the arrival in the team of Maxime Roy, then an industrial engineering student. ‘Although we didn’t win the competition organised by Volvo, we had gained a new partner and the belief that the issue of recharging electric vehicles was relevant. As soon as we started our fifth year, we joined the Student Entrepreneurship Stream at INSA Lyon to set up our company and refine the solution’, recalls Salim El Houat, now a graduate of INSA Lyon.

For a year, the team worked on laying the foundations of the start-up. In June 2018, the three friends received initial funding from the INSA Lyon Foundation, allowing the first prototype to be made. The campus had become their experimental laboratory: ‘To carry out our tests, we were lucky enough to benefit from electric vehicles or electronic measuring tools and, above all, the skills of the laboratories around us. The laboratoire DISP (Decision and Information Sciences for Production Systems) had, for example, launched a working group with INSA students on the management of the processing of recharge orders, the laboratoire Ampere (Electrical Engineering, Electromagnetism, Control, Environmental Biology and Applications Lab) helped us with the design of the architecture and programming of the robot, and CITI (Centre of Innovation in Telecommunications and Integration of Services) with Bolt’s autonomous navigation. The INSA environment has greatly contributed to the germination of our ideas, and indeed, even our offices are now on campus, in the CEI (Enterprise and Innovation) premises of Insavalor!’,explains Salim. 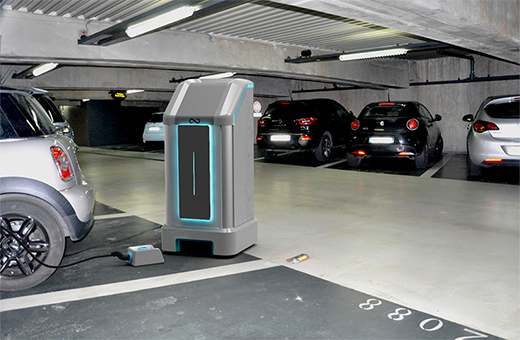 Now, although the time of the K-Fêt festival and student life is not that far behind the three entrepreneurs, they have embarked on a crazy adventure, running a company that already employs 11 people. Now CEO1, CTO2 et COO3 respectively, Salim, Ilyass and Maxime are working on the electric recharging of the future. ‘At a time when we talk a lot about electric mobility in the face of serious environmental challenges, we believe that the democratisation of this type of vehicle will only really be possible once recharging issues are solved. With Mob-Energy, we provide a solution for three stakeholders: electric car drivers, who have trouble finding recharging points in the city; car park actors, appointed somewhat unwillingly to support electric mobility; and energy actors, facing the increase in demand. Since Bolt, our prototype has evolved along with our work with car park professionals - a world that, in theory, remains unsuited to recharging services that require users to free up the terminal - and therefore the parking space - once recharging is complete. To reconcile these two worlds, we offer an autonomous robot that, once installed in a car park, stores energy and moves autonomously to vehicles that have ordered a recharge. It connects and disconnects automatically via a module, a small box that the user places on the ground before leaving the car parked’, continues the CEO of the start-up.

The efficiency of the service varies according to the vehicles and uses present on site; safety in the face of a robot capable of moving autonomously; economic model to be proven... While the ‘Bolt’ robot was tested in the car parks of the INSA Lyon campus, its big brother, called ‘Charles’, must now pace up and down the tarmac of Lyon and Paris car parks to confirm its performance. ‘Bolt was a flat robot that was placed directly under the car to recharge it. But we quickly realised that this solution required the removal of usage and technological barriers that would slow down the product’s market launch. Charles, the newest, was created in collaboration with designers, users and car park managers. It connects to the rear of the vehicle, not underneath. It is now visible from afar because it is at windshield height. Moreover, perhaps in future it could take on remote surveillance tasks. These are all opportunities to explore’, says Salim. 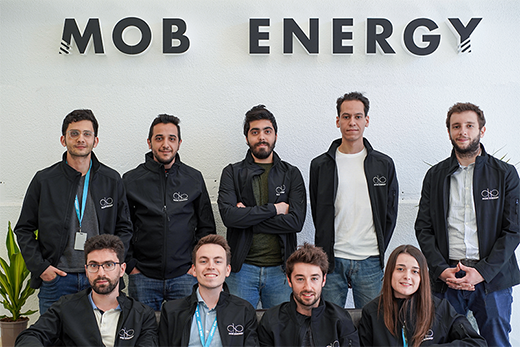 And seizing opportunities will be possible thanks to the support provided by the Fonds Pertinence Invest 2 to the young start-up. ‘We recently succeeded in securing significant seed funding from Sofimac Innovation, a management company dedicated to technology investment that is a partner of INSA’s development subsidiary. We have become accustomed to working very closely with Insavalor, which has provided the link with these partners with whom we share a certain alignment of interests and values. This sum, 2.1 million euros, will enable us to begin the first deployments of our solution. We are the first to be supported by this new fund, Pertinence Invest 2, and it is very rewarding. This encouragement is essential for us, as a young company, to take the next step’, adds the CEO of Mob-Energy.

Backed by the automobile market, which has been shaken by the Covid-19 crisis, the INSA Lyon start-up is not discouraged. For Salim El Houat, there are two indicators to be taken into account: on the one hand, the world of urban transport is changing with shared vehicles and soft modes of transport. On the other hand, the electric car remains a great opportunity for the decarbonisation of light road transport. ‘Despite the health crisis, we are approaching the rest of the operations with some confidence. The electric car sector has good prospects, which gives us reason to believe that we are on the right track. After our experiments and the completion of R&D work, we will move on to the marketing and industrialisation phase. Within the team, we give ourselves 18 months to have our product certified, which will most likely have evolved according to the issues raised by our customers following in situ experiments. And if by the end of 2021 the goal has not been achieved, we will take off our entrepreneurial hat and find solutions. The adventure began with the INSA Lyon philosophy: always question what we have achieved and never break the link with our ecosystem. Covid or not, we will find a way to fit into the market!’, concludes the Industrial Engineering graduate confidently.

Mob-Energy is a French start-up that is developing a new solution in response to one of the problems of mobility: access to recharge, as existing solutions are restrictive for users and car park managers. Their mission is to accelerate the electric revolution by making it accessible and practical to recharge electric vehicles, thanks to charging robots. Mob-Energy also offers a simulation and recharge solution tool, ‘ME analytics’, which can be used to simulate the proposed solutions on site, specify costs and analyse efficiency rates.